This is a pretty long tutorial and I know how hard it is to go through everything, hopefully you may skip a few blocks of code if you need

One of the oldest problem in Statistics is to deal with unbalanced data, for example, surviving data, credit risk, fraud.

Basically, in any data where either your success rate is too high or too low, models are almost irrelevant. This comes from the fact that we use a criteria around 1% to measure the accuracy of a model, ie, if my model predicts in the testing set 99% of the success (or failure depending on what you are trying to do), the model is a hero. 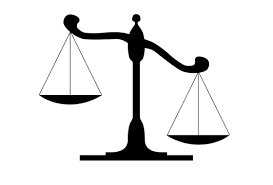 What happens with unbalanced data is that the success metric happening in around 1% (usually less than 10%), so if you have no model and predicts success at 1%, then the model passes the accuracy criteria.

In this post you will learn a ‘trick’ to deal with this type of data: oversampling. In this project I will skip the descriptive analysis hoping that we all want to focus on fraud analysis a bit more.

These are the libraries we are using in our project:

I have been working on a similar problem at work and I after a lot of research I finally finish my model deployment in python and I decided it could help others as well.

The data used here was available in a kaggle competition 2 years ago in this link: https://www.kaggle.com/mlg-ulb/creditcardfraud.

Factoring the X matrix for Regression

For category variables we need to make them into factors in order for the analysis to work.

Now because of our unbalanced data we need the dataset to have balanced success rate in order to validate the model. There are two ways of doing it:

Now the data has the same amount of success and failures.

In the snipped of code below we have three function:

Note: The IMO the threshold to call a fraud or success depends on how many false negative/positive you are willing to accept. In statistics, it’s impossible to control both at the same time, so you need to pick and choose.

Now our guns are loaded, we just need to fire, below I am performing the feature selection and then the model fitting in the final X matrix:

Now that we know the model is awesome, let’s see where we are getting it wrong. The plot below shows how many false negatives and false positives we have. We see a lot more false positives (we are saying a transaction was fraudulent even though it was not). This come from the 0.95 threshold above, if you increase that value to 0.99 for example, you will increase the amount of false negatives as well. The statistician need to decide what is the optimum cut. 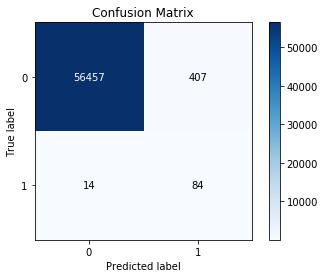 let’s see what variables are more important to the model in absolute value. In the chart below you can see the top 15 most relevant features: 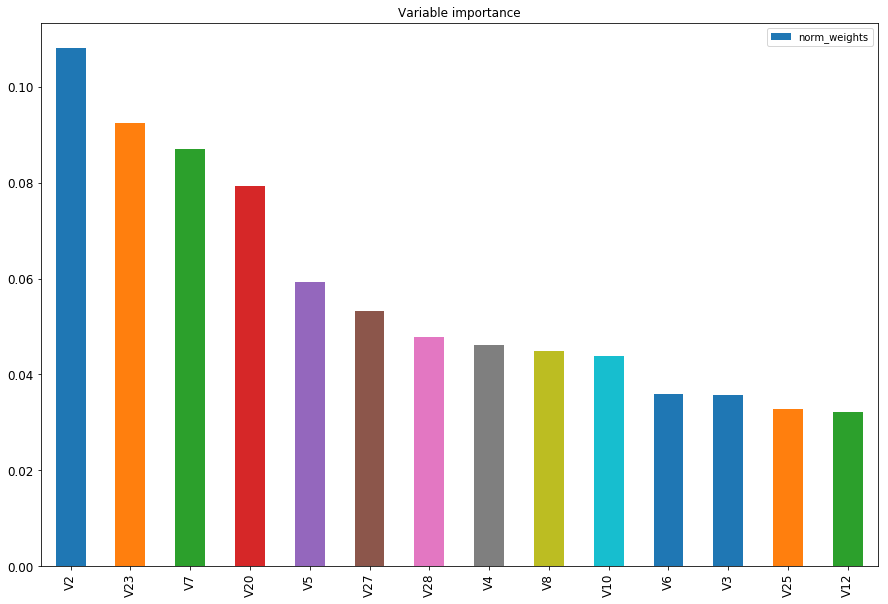 Now to visualize the weights we can see in the plot below which variables decrease x increase the likelihood of having a fradulent transaction. 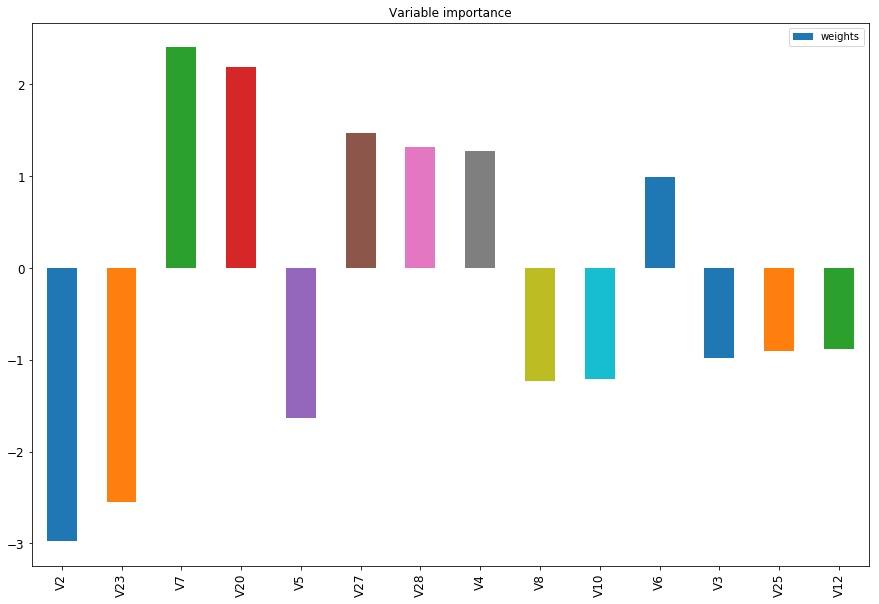 This is my first post (yaaay \o/).
Sometimes it’s hard to understand the meaning of CLT and convergence. I realized many times when people first hear about these concepts that they actually don’t know what it’s. And they stay this way until they learn (if they learn) more advanced theories.

One of the first things that we learn in school is Central Limit Theorem. Basically for any symmetric distribution, when you have a large number of observations, it converges to a normal distribution.

There are some distributions more inclined to converge than others. For example, the exponential distribution, t-student, binomial.

But those are all old news. Here I’m going to show an example of convergence in real life.

The CLT says that if you have X_1, X_2, ...X_k independent random variables with distribuition exp(\lambda) when k is large enough the mean of these identical distribuited vectors converges to a normal with mean \(\lambda\) and variance 1/(k*\lambda^2).
Now to prove this, we can generate 40 observations from a exponential distribuition with \lambda = 0.2. And then replicate this experiment k times.

The Rcode for that is:

As you can see the k here is very small (10) so how would be the distribution of the mean for these iid variables? As you can see it’s not very “normal”. The reason for that is because we need a bigger k in order to get closer to a normal.

If we run the same script with k=100 for example You finally can see that it does converge to a normal distribution.

There some decent explanation in the wikipedia page (if you need more theory) and I also included the code in my github page.

As this is my first post, please send me your feedback/suggestions so I can improve the blog and posts =D.